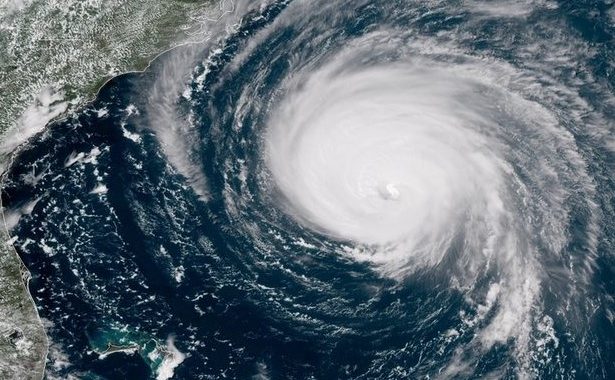 It was just two years ago when Hurricane Sandy wreaked havoc on the lives of countless Jews on the East Coast with heavy flooding in some areas,  and lengthy power disruptions in other places. For homeowners, damage from the hurricane meant serious financial loss. But what about renters and landlords? What did the various problems caused by Sandy mean for them?

There are a number of questions to consider:

Does a renter have to pay for the time where there is no electricity or heat in a house or apartment and it is difficult to live there?

What if it is flooded in a manner that makes it impossible to live there?

Can a renter demand that the landlord put in a generator?

If the tenant puts in a generator can he take its cost off the rent?

As with any monetary question involving two parties the matter should be brought before an arbitrary third party to render a decision. This is especially true give the complexity of this specific matter, as well as the divergence of opinions discussed in the Shulchan Aruch and other poskim.

The following are some of the issues which may have significant impact on the halachah:

Whenever discussing a contractual relationship between two parties, there is a concept of “minhag mevatel halachah.” This means that a clear custom or an industry standard can override that which is discussed in the Shulchan Aruch and the poskim. The halachah is merely discussing the eventuality where this matter was not agreed upon by the parties either explicitly or implicitly. Therefore the first question would be, Was there a contract signed and were these items addressed in the contract? Many leases have the following (or similar) “Damage to Premises” clause which would simplify the halachah significantly:

Damage to Premises. In the event the entire Premises or a portion thereof are destroyed or rendered wholly uninhabitable by any casualty not caused by the negligence of Tenant, the Owner shall have the option of either repairing such injured or damaged portion within the period of ____ days, or terminating this Lease, to which The Agreement shall terminate except for the purpose of enforcing rights that may have then accrued hereunder. In the event that Owner exercises its right to repair the Premises, the rental shall decrease in the proportion that the injured parts bears to the whole Premises, until all repairs are performed, after which the full rent shall recommence and the Agreement continue according to its terms.

In the absence of a contract which includes a “Damage to Premises” clause, one must determine if there is a clear and dominant minhag which the average rental would be subject to. If such a minhag does not exist, then the matter would be determined based on the following guidelines.

There are a number of ways to understand the fundamental structure of a rental arrangement. Based on the halachic rule of “schirus liyomei memkar hu” [a rental for that day is considered a sale], some poskim view a typical rental as if the rented premises is owned by the tenant for the duration of the lease. Based on this, they maintain that if the rental becomes uninhabitable during the term of the rental the tenant would suffer the loss as if his own asset got destroyed.

Other poskim don’t view a rental in that manner. Their view is that a rental arrangement is not a “sale” of the premises for the term of the lease, but rather it is a contractual agreement in which the landlord obligates himself to furnish the tenant with this specific place of residence, and in return the tenant obligates himself to pay the rent after he uses the domicile as agreed. According to those poskim, insofar as the landlord is not able to produce a functioning residence, the tenant would not have to pay the rent.

Yet others maintain that both of the above can be true and it would depend if the tenant paid up front or not. If the monies were paid in advance, the tenant is “purchasing” the premises for the duration of the lease and the tenant would suffer any losses. If, however, the rental monies are only due at the end of each month, than the landlord would suffer the loss in the event that the apartment is deemed not livable.

Where the Premises are Rendered Uninhabitable

Based on the above, as well as on the concepts of muchzak and kim li (the halachic principles which dictate that the litigant who is in possession can maintain his position even based on a minority opinion), much would depend on if the monies were paid up front or not. Under normal circumstances, where the tenant pays on a monthly basis, if he cannot live in the rental due to flooding or the like, he likely would not have to pay for the time of the restoration process. However, if he had paid in advance the landlord might be able to withhold the rent that was advanced.

The above discussion is true where the premises are totally not usable. If, however, the tenants plan on staying in the apartment after it is fixed up, and they are still using the apartment to house their furniture in the meantime, they could be obligated to pay a discounted rate even if they physically move out until it is restored. Similarly, if the apartment is in livable condition but there is a loss of power, even where the landlord would be responsible, the tenant could still have to pay for most of the rent as will be explained herein.

Though in a normal circumstance if the tenant paid in advance, the landlord may be allowed to withhold funds from the tenant, where the source of the loss is one that affected an entire region, the halachah may differ. Part of the reason that the tenant might not get a refund in a regular case is because once he pays up front it is viewed in halachah as if “mazalo garam”—his (the tenant’s) mazal caused this mishap. However, where the identical calamity occurred to an entire region, halachah no longer attributes the mishap exclusively to the mazal of the tenant. It is indeed the mazal of the entire region. (Exactly what constitutes a makas medinah is also a discussion in the poskim).

Generators and Loss of Power

In regards to the landlord’s responsibility to supply power, this again depends on the expectation in the industry. A landlord is responsible to maintain the internal electrical infrastructure to ensure a constant flow of power to the home. Conversely, a typical rental (at least until Hurricane Sandy) does not include a generator. Therefore, a landlord would have an obligation to fix and maintain the internal electrical infrastructure, but would not have an obligation to purchase a generator for the tenant. Therefore, if the tenant decides to purchase one on his own, he may not deduct it’s cost from the rent.

As far as fixing the electric or discounting the rent due to the lack of electricity, one must consider what the source of the problem is. If the lack of electricity is coming from a problem within the apartment, the landlord would likely be responsible to fix it and therefore a discount of the rent may be warranted. If however, there is nothing wrong with the actual wiring of the home but rather the loss of power is coming from the outside the landlord might not have any responsibility to address the issue as he is producing what is under his realm of responsibility.