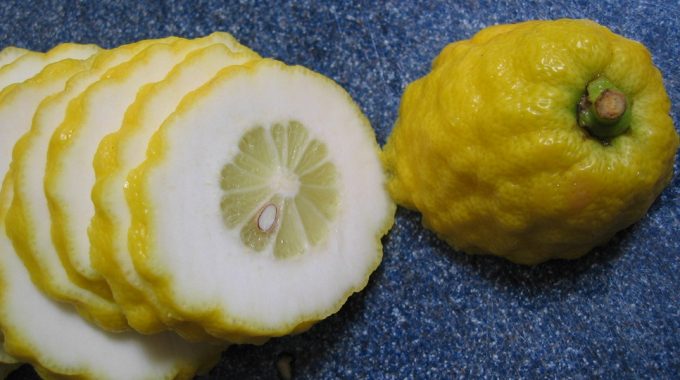 The Halachic method for identifying a real Esrog

If you haven’t done so yet, chances are that you are searching for a proper set of Arba Minim for the upcoming holiday of Sukkos. Surely, you seek out a beautiful Esrog with which to fulfill this precious Mitzvah. You look at the various Esrogim for sale at your local Arba Minim market, when you notice a significant difference in price between two very similar Esrogim.

“What is the difference between these two?” you ask. The seasoned seller replies without blinking: “This one is a Moroccan, the other one, a Braverman”. You are too embarrassed to admit that you have no clue what those terms mean. Would one be less kosher than the other? The fact that many of the expensive Esrogim don’t have a Pittam just adds to the confusion… In this article, we will attempt to clarify some of the details that pertain to sourcing and authenticating an acceptable Esrog.

The Passuk states [1]: “U’Lkahtem lachem bayom harishon p’ri ‘etz hadar” – “And thou shall take for yourselves, on this first day [the fifteenth of Tishri] a fruit of a tree of ‘Hadar’”. The Gemara in Sukkah [2] explains that the Torah is implying that we must use a species in which the taste of its bark and its fruit are the same – one of the characteristics of the Esrog (citron, or citrus medica). Another identifying feature the Gemara derives from this Passuk is that it “lives on the water year-round”, which the Chazon Ish [3] explains to mean that it requires additional irrigation in order to grow, and cannot solely rely on rainwater. This condition is also met with the Esrog species.

Although we have a basic tradition as to which fruit the Talmud is referring to, defining the boundaries of this species is shrouded in ambiguity. The Talmud does not indicate which variations or subspecies of the Esrog are still considered to be of the same species. Furthermore, citrus fruits are almost always grafted with one another to achieve certain benefits (sweetness, sourness, color, durability etc.). The Talmud does not discuss whether a mixed-breed Esrog (i.e. one that is grafted with a lemon) is considered a viable Esrog or not.

The Levush [4] writes that one may not use a grafted Esrog to fulfill his obligation, as it was created through an Aveirah (grafting fruit trees is forbidden as a form of Kil’ayim), and is therefore unacceptable before Hashem. This logic implies that there is no intrinsic problem with a grafted Esrog, only that it was achieved through an Aveirah. Accordingly, if we maintain that there is no prohibition to graft similar citrus fruits – a possibility that the Chazon Ish entertains [5] – an Esrog grafted with a lemon would pose no issue.

However, the Acharonim do not follow the opinion of the Levush. The Chazon Ish writes that in order for a fruit to be considered an authentic Esrog we must have a tradition that that specific variety is an Esrog – something which a grafted Esrog lacks. The Mishna Berura [6] and Chacham Ben-Tziyon Abba Shaul  זצ”ל[7] also write that a grafted Esrog is not considered an Esrog whatsoever, since it is mixed with other species.

It is important to note that grafting Esrog trees with lemon or bitter orange (chushchash) trees is a very lucrative proposition. The Esrog tree is extremely delicate and generally only produces proper fruit for around six years. Combining it with stronger breeds can triple the Esrog tree’s lifespan. [Some have claimed that grafting Esrogim with chushchash would be acceptable; that would only be possible if we were to classify the chushchash as a bona-fide Esrog.]

Additionally, the Olas Shabbas writes that one can check the position of the seeds. The seeds of a real Esrog will be in a vertical position, whereas the seeds of a grafted Esrog will be in a horizontal position. Regarding this identifying feature, the Bikkure Ya’akov, cited in the Mishna Berura, writes that he has personally checked many Esrogim and can attest that the position of the seed should not be a definite indicator.

Let us now examine the various types of Esrogim that are commonly used and the source of their tradition.

Moroccan Esrogim have a very strong Mesorah and have been used for generations. The Yishre Lev (the Rishon L’Tziyon, Rabbi Chayim David Chazan from Izmir, 1790-1869) cites three of the greatest Chachamim of Morocco who testified that the tradition of the Moroccan Esrogim is undisputable and that they were the type that everyone used throughout their lands. Many more Acharonim tout the authenticity of the Moroccan Esrogim [10]. Rav Moshe Shternbuch שליט”א writes [11] that the Brisker Rav, Rav Yitchak Ze’ev Soloveitchik זצ”ל, would use a Moroccan Esrog.

In the year 1981, Rav Yisroel Harpenes, a Posek and author from Brooklyn, wrote a sefer named “P’ri ‘Etz Hadar”. Citing the fact that the Moroccan Esrog’s seeds are not vertical but horizontal, in addition to the fact that it has far less juice than the other Esrogim (although Esrogim do not have a lot of juice, as previously mentioned, these Esrogim are exceptionally dry), Rav Harpenes claimed that the Moroccan Esrogim do not meet the conditions that the Poskim set to be classified as an Esrog.

However, the contemporary Poskim reject this claim. Besides the Bikkure Ya’akov’s assertion that the seed position test is not as indicative, the Poskim understood that the identifying factors mentioned in the Rama should only be applied when one is in doubt whether a specific fruit is an Esrog or not. One who has a Mesorah – a tradition – that clearly identifies a fruit as an Esrog, should not be concerned about these indicators and may safely rely on his tradition.

The Chasam Sofer [12] writes that a Mesorah for an Esrog is like the Mesorah for the kosher status of a bird species. Just like one need not be concerned with the identifying factors of a kosher species if he has a reliable Mesorah on that species, so too, one may rely on a Mesorah identifying a species of fruit as an Esrog. [One must still ensure that the Esrogim weren’t grafted. An upright merchant, with Yiras Shamayim, will seek out Esrogim from places in which they are carefully maintained and kept pure.]

Yemenite Esrogim also boast a very strong Mesorah, and were the Esrog of choice of Chacham Ben-Tziyon Abba Shaul. Still, over the years, they have been the subject of a lot of grafting by private growers, as the Ohr L’Tziyon warns. The Sefer “Arba’at HaMinim LaMehadrin” [13] writes that he once interviewed a Yemenite Jew who prided himself on grafting Esrogim to receive the most durable and beautiful fruit. Again, as with the Moroccan Esrogim, one should buy from a reliable merchant to ensure that they are sourced from a proper grower.

Another very popular species of Esrogim are known as Esrogei “Chazon Ish”. The species was identified by the Chazon Ish himself when he arrived in Eretz Yisrael and saw an Esrog tree growing in the wild, near Tzefas. The Chazon Ish proclaimed to his students that these were indeed true Esrogim. One of his students, Rav Halperin, took from those Esrogim and charged great Talmide Chachamim such as Rav Michel Yehuda Lefkovitch זצ”ל, Rav Chaim Greineman זצ”ל, and Rav Gedalia Nadel זצ”ל with growing them with the utmost care. Due to their relatively short Mesorah and high level of proper supervision they pose no concerns of grafting.

The Chassidim (especially Chabad and Satmar) seek out the Yanover Esrogim, which were originally grown in Genoa, a city in Northern Italy. The Chasam Sofer[14] writes that they have a strong Mesorah dating back to Rabbeinu Tam and the Sages of Ashkenaz, if indeed they can be traced back to that same region. Today, many of these Esrogim are grown in Calabria, a region in Southern Italy. Another brand of Esrogim known as the “Braverman” Esrogim, also have a Mesorah and were allegedly used by the Maharil Diskin (Rav of Brisk and Yerushalaim, 1818-1898).

With a Pittam or without?

Rav Chaim P. Sheinberg זצ”ל and Rav Meir Brandsdorfer  זצ”לare of the opinion that since we do not know the true meaning of the Rosh, one should only use an Esrog with a Pittam. Others say that the Rosh means that as long as the Pittam fell off while the Esrog was still connected to the tree, or, according to some, before the Esrog reached a third of its growth (an important milestone for many Halachos, such as Ma’aser, etc.), then the Esrog is acceptable.

It is important to remember that despite the fact that many of the brands of Esrogim have a strong Mesorah throughout Am Yisrael, one must always ensure he is buying from a G-d fearing merchant who will ensure to source his Esrogim properly.