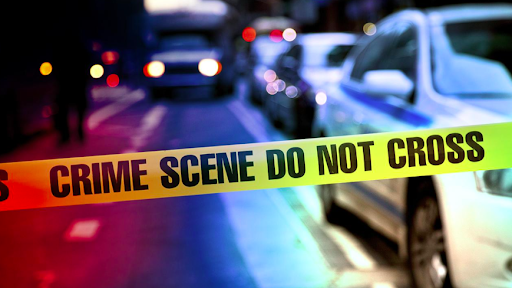 One of the fundamental issues raised by the fatal police shooting of Rayshard Brooks (as well as by the recent federal execution, the first in seventeen years) is the legitimacy and purpose of the use of violence by the state against criminals. In this article we consider the question of punishment (as opposed to self-defense). Punishment can be justified, in various circumstances, as retribution, deterrence, rehabilitation, or incapacitation; we consider various Torah perspectives on the matter, and particularly the tension between the pure ideal of justice and the pragmatic needs of society.

This tension is acutely articulated by the Mishnah, which records a dispute over the ideal frequency of the imposition of capital punishment: the tana kama maintains that a Sanhedrin that carries out an execution as frequently as once in seven years is considered destructive (chavlanis); R’ Elazar ben Azariah says once in seventy years. R’ Tarfon and R’ Akiva say that had they been there, no one would ever have been executed, to which R’ Shimon ben Gamliel retorts that such an approach “increases murderers in Israel.”[1] The Rambam rules in accordance with the tana kama. He explains that this is an exhortation to be deliberate and not rush to judgment, but the court may carry out executions as often as daily if that is how things turn out.[2]

R’ Moshe Feinstein, in a letter addressed to a senior government official, declares that the Torah’s rationale for the death penalty is not hatred of sinners, nor a concern for societal order, since the latter is Hashem’s responsibility, not ours, per the Talmudic maxim “Let the Owner of the vineyard come and eradicate His thorns.”[3] The true reason for the penalty, R’ Moshe explains, is rooted in the expressive theory of punishment: “so that people should know the severity of these prohibitions and not violate them.”[4]

It is difficult to reconcile this stance with the position of R’ Shimon ben Gamliel that avoiding ever actually imposing the death penalty will result in the proliferation of murderers, which Rashi and the Tiferes Yisrael explain will be the result of murderers not fearing judicial punishment. Perhaps R’ Moshe understands that the expressive power of the death penalty does not derive merely from its theoretical existence but requires its implementation.

In any event, other sources directly contradict R’ Moshe’s perspective. The Chinuch writes that the rationale for the death penalty for murder is “evident to everyone…were it not for the fear of justice, men would kill each other.”[5] The Rambam makes the fundamental assumption that the Torah’s rationale for punishment in general is to deter sin through fear, a principle that he uses to explain the varying severity of punishment for different classes of sins:

Only fear of a severe punishment restrains us from actions for which there exists a great temptation, either because we have a great desire for these actions, or we are accustomed to them, or we feel unhappy without them…

From such acts (that can be done “secretly,” “unseen,” and “unnoticed”) we are deterred only by the fear of a great and terrible punishment.[6]

A hybrid view is espoused by the Ran: The Torah’s formal system of criminal law embodies “true, righteous judgment” but provides insufficient deterrence to prevent the proliferation of murderers and the complete breakdown of the structure of society. Such deterrence is the province of a king—who may mete out punishment beyond the limits that constrain the judicial system, as necessary for the good of the kingdom.[7]

The Talmud itself already acknowledges that the Torah’s formal system of criminal justice is not always sufficient to deter sin and crime. It records a case where a Rabbinic violation of Shabbos was punished by execution “not because he was deserving of this, but because the hour required it,” and it asserts the principle that the court may administer lashes and punish even when not provided for by Torah law.[8]

Similarly, the Mishnah rules that a defendant known to the court to be guilty of murder who stands to be exonerated because the testimony against him fails to meet the halacha’s rigorous procedural safeguards, should nevertheless be killed via indirect means.[9]

The Rambam adds that even when “the hour does not require it,” there is nevertheless a universal obligation incumbent upon courts to severely beat murderers, nearly to death; to incarcerate them for many years in harsh and oppressive conditions; and to inflict all sorts of pain upon them, all in order to frighten and terrorize other villains who might be tempted to murder.[10]

These two Talmudic passages were invoked by various Rishonim as a basis for the punishment, including execution, of criminals by the local Jewish communal authorities, despite the explicit Talmudic rule that capital punishment is no longer practiced, and the absence, in many cases, of the halacha’s normal procedural requirements.[11] Such punishments could be quite harsh: In one case, R’ Yehuda ben HaRosh issued a detailed ruling in which he recommended, depending upon the reliability of the testimony of various witnesses against the defendant, either execution, the cutting off of both hands, the cutting off of the right hand, the cutting off of the left hand, or exile.[12]

[3]Bava Metzia 83b. R’ Moshe’s inference from this principle that it is not society’s job to deter crime appears debatable, since (as we discussed in n. 11 of last week’s article), the context there is cooperation with a draconian non-Jewish criminal justice system, whose punishments were far stricter than those of the Torah and rules of procedure far looser.

[6]The Guide for the Perplexed, Part III Chapter XLI (translation of Michael Friedländer). Cf. Shu”t Noda Bihuda mahadura kama O.C. siman 35 s.v. ella she’omer ani, which asserts that the purpose of the death penalty is “in order that man will fear transgressing.”