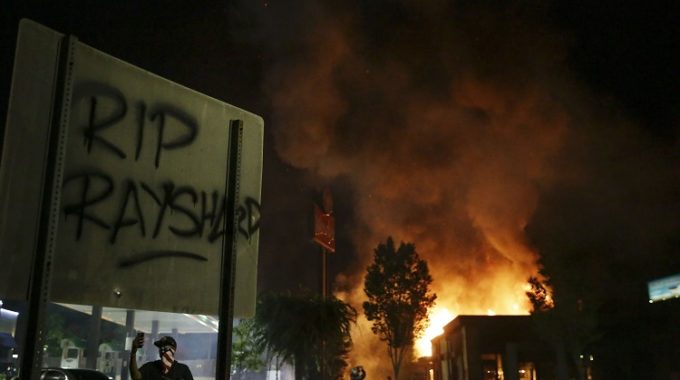 In pursuit of the self-defense defense

Last week, in discussing the fatal shooting of Rayshard Brooks by Atlanta police officer Garrett Rolfe, we addressed the liability of a government official for the use of force that results in injury or death. Here we consider another aspect of the incident.

Lawyers for Rolfe have argued that he was legally justified in using deadly force because he was acting in self-defense. Brooks had stolen the Taser of Rolfe’s partner Officer Devin Brosnan and actually fired it once already at Rolfe (as well as at Brosnan earlier in the confrontation).

The classic halachic dispensation for the use of lethal force in self-defense is the law of rodef, which allows the killing of a “pursuer” who is threatening someone’s life, by the potential victim or by anyone else.[1] In this article, we consider this specific justification for the killing. Next week, we will iy”H address other potential justifications.

The applicability of the status of rodef to Brooks obviously hinges on two questions, one factual and one halachic:

How dangerous are Tasers?

Although Taser manufacturer Axon warns that the weapon’s use may occasionally “risk or cause serious injury or death,” and in some contexts characterizes it not as a “non-lethal” weapon but as a “less-lethal” “intermediate weapon,” it nevertheless seems clear that Rolfe was in no actual danger from Brooks when Rolfe fatally shot him, since the Taser could not fire again after having already been fired twice.

Even if the Taser could still have been fired, it would still seem implausible to classify Brooks as a rodef, since the risk of serious, life-threatening consequences of being shot by a Taser, while real, is apparently quite low, particularly to healthy individuals without underlying medical conditions. One study of nearly 1,000 Taser victims concluded that 99.7% of the subjects had suffered no injuries, or minor ones such as scrapes and bruises, while three persons suffered injuries severe enough to need hospital admission, and two died.

R’ Moshe Feinstein (in discussing the permissibility of aborting a fetus that may be endangering the life of the mother) takes for granted that the law of rodef applies only where it is virtually certain (“karov l’vadai/k’ein vadai”) that the pursuer is indeed a rodef and that not killing him will result in someone else’s death.[2] R’ Shlomo Zalman Auerbach challenges this assumption and argues that even someone who might kill is considered a rodef, based on the halacha that a thief tunneling into a home (ba bamachteres) may be killed even where it is uncertain (safeik)[3] whether he would actually kill the homeowner.[4] This seems to be the position of the Minchas Chinuch as well.[5]

The Divrei Yechezkel, however, argues that rodef and ba bamachteres are two distinct halachos, and one of his proofs is precisely our issue: He assumes, like R’ Moshe, that the law of rodef does not apply in a case of safeik, while the law of ba bamachteres does.[6] Similarly, R’ Yitzchak Zilberstein cites his father-in-law R’ Yosef Shalom Elyashiv as rejecting R’ Shlomo Zalman’s proof from ba bamachteres on the grounds that in that case there is a “great concern” that the intruder might kill the homeowner, and R’ Zilberstein therefore concludes that a rodef may not be killed unless there is a “serious concern” that he may kill, but a “remote concern” is insufficient.[7]

Furthermore, even the basic assumption of R’ Shlomo Zalman and the Divrei Yechezkel that the law of ba bamachteres applies even where the danger to the homeowner is merely a matter of safeik is not universally accepted.[8] The Netziv proposes (with the caveat that he is deviating from the approach of “our teachers”) a novel, compromise approach: the homeowner himself may kill the ba bamachteres even in a case of safeik, but others may do so only in a case of vadai (certainty). It is not entirely clear whether he means to apply this distinction to the law of rodef as well.[9]

In conclusion, according to R’ Moshe and the Divrei Yechezkel it seems obvious that an attacker with a Taser would not be considered a rodef, but it appears to me that even R’ Shlomo Zalman and the Minchas Chinuch would agree that he is not a rodef, given the fairly low probability of death.

[5]Minchas Chinuch mitzvah 296. Be’eiros Yitzchak: Or L’Arba’ah Asar – Pesachim (Spitzer – Bnei Brak 5766) p. 38 cites the work Zichron Shmuel as rejecting the position of the Minchas Chinuch. (There are a number of works titled Zichron Shmuel, and I have been unable to locate the citation.)

BORROWING FOOD Neighbors frequently borrow small amounts of food from each other, such as a…

When Your Poor Speech Is on the Rocks