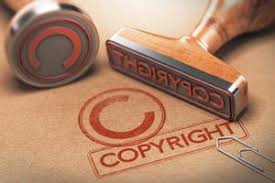 It is easy to understand why robbing a bank is forbidden by the Torah. Stealing money, food or merchandise are also obvious crimes. The item is in the owner’s possession, and the thief removes it for himself.

The question of theft becomes less clear when discussing stealing ideas or copying information. One could (mistakenly) argue that you are not actually taking anything from the producer. The CD or book remains intact even after you have copied it. How then, is it considered theft? Is it possible to steal information?

The creator of the intellectual property spent time, effort and money to produce the book or CD or digital file. Although it may not have a physical form, it is still considered a piece of property, and it is forbidden to use it without permission.

A standard example which many Poskim use to decide this Halacha is “Oni hamenakef b’rosh hazayis.” The Gemara discusses the ani who climbs up a tree and risks his life to cut down olives from an ownerless tree. If a second person takes the fallen olives, this is considered gezel . Although the olives are ownerless as they fall down to the ground, the ani has put tremendous effort into cutting down the olives, and the second person is committing a rabbinic issur of gezel .

According to the classic understanding of ownership, the olives on the ground are ownerless, because the ani did not make a kinyan on them yet. Therefore, midoraisa, it would not be gezel  to take the olives from the ground.  However, since the ani has climbed up the tree and exerted so much effort, our Rabbonim say that these olives are off limits, and it would be gezel midivreihem to take them.

There is a similar Gemara in Gittin, which discusses someone who invested a lot of effort to produce something. He may not have created it outright, but he put in the effort, or took the risk to procure it, and this gives him ownership. This applies to a person who “binafsho yavoh lachmo,” he risked his life to make a living. For example, the worker who climbs a tree or goes onto a scaffold in order to earn sustenance for his family. If a second person comes along and capitalizes on that effort, he is transgressing the rabbinic issur of theft.

The concept of gezel midivreihem is also applied to intellectual property. It is forbidden make a copy of published works, for example books, CD’s or software programs. A person who capitalizes on another person’s extreme effort is considered a thief, according to the issur of gezel midivreihem, with a rabbinic classification of gezel .

Rav Shimon Shkop, in a shiur on Mesachte Bava Kama cites another example to explain this Halacha.  The Gemara discusses many different types of mazikim, with varying levels of responsibility to reimburse for the damage they cause.

One of the three mazikim is the bor, a person who digs a pit or puts out an obstacle. If someone falls into the pit and is damaged, or their animal is damaged, then the baal habor is responsible. The baal habor is the one who dug a pit birshus harabbim, in the common thoroughfare, and he has an obligation to pay for the damage.

The Gemara goes on to explain that the damage inflicted on the animal in the pit is caused by the hevel, the dense air that is produced inside the pit.  The pit is not owned by a person, it’s on public property. The damaging air of the pit is not owned either.  Air is considered davar sheain bo mamish, it has no physical presence. And yet, the Torah assigns accountability to the one who dug the pit, he is the baal habor. He is responsible to pay for the animal who was killed by his pit.

Rav Shimon Shkopp explains that we can understand from this Gemara that the Torah does apply ownership to a person who creates something, even if it has no physical presence. One can have ownership over the hevel, the air in a pit, to the point where he is responsible to pay if it damages an animal.

Based on these two examples from the Gemara, we can now understand why intellectual property theft is against Halacha.

A separate issue to consider is dina dimalchusah dina. In the United States, a copyright provides the creator of an original work with exclusive rights to its use and distribution. Therefore, it is against the law of the country, and by extension, the Torah, to copy the information.