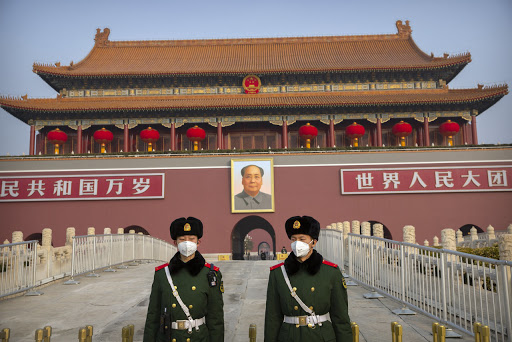 We established last week in Part 1 of this series (tinyurl.com/y87ua89o) that according to the Hagahos Ashri, although there is nothing that the earthly Bais Din can do today to impose punishment on a murderer, whether intentional or unintentional, if the heirs of the victim impounded money from the killer—by seizing his property or by withholding monies owed him by the victim—they would be allowed to keep it.

The Ketzos Hachoshen (C.M. 410) observes that Rashi in Sanhedrin 87b seems to disagree with the Hagahos Ashri, as Rashi there explains that the dispute between Rebbi and the Chachamim—whether one who intended to kill one person and mistakenly killed another must pay money—comes down to the question of damim l’ven chorin, whether the value of a free person can be assessed in monetary terms. According to Rebbi, it can, while according to the Chachamim, it can’t, so no monetary obligation is possible. The Hagahos Ashri seems to hold that all agree that a ben chorin can be assigned a monetary value.

Thus the Hagahos Ashri and Rashi in Bava Metzia appear to be of the view that in any case of homicide, such as a car accident, tefisah (asset seizure) would be valid, and the victim’s heirs could impound the perpetrator’s property or withhold payment of money owed him, in compensation for the loss. If so, if the government of China is found to be responsible for the release of the virus, it could theoretically be held accountable for the loss of life across the world, and monies owed to it by other countries could be withheld to satisfy that debt. But per Rashi in Sanhedrin, this would be true only according to Rebbi, but not according to the Chachamim.

There are additional liabilities occasioned by this tort. One who injures another person (chovel b’chaveiro) is responsible for five categories of remuneration (Bava Kama 83a): nezek (damage), tza’ar (pain), ripui (medical expenses), sheves (loss of work), and boshes (embarrassment). Although tza’ar and boshes are considered to be a knas (penalty) and cannot be imposed today, nezek, ripui, and sheves are all pertinent. Thus, it would seem that halacha would require China to compensate all the people who lost their jobs as a direct result of contracting the virus and to reimburse their medical expenses. But there would seem to be no liability for jobs lost due to precautions imposed by the authorities, which would be classified as grama (indirect causation), for which one is not liable in Bais Din (though they would be responsible b’dinei shamayim, by the standards of the Heavenly Court).

But even with regard to those who became sick, it is not clear that ripui and sheves must be paid. The Ketzos (C.M. 308:2, 333:2) says in the name of the Ramah that in cases of garmi, where there may be negligence but no direct act of injury, one need only pay for nezek, but not ripui or sheves. The Nesivos (C.M. 333:3) offers the example of a person who hired a worker and sent him off to perform some task but then didn’t pay him. This may be a case of garmi, because the loss did not result from a direct act of injury. In such a case, the perpetrator would pay for nezek, but not for sheves and ripui.

But this case is different. All the above applies to a Yisrael, but a ben Noach is halachically accountable for all damage, including grama and garmi. In addition, there is no exemption of kam lei bid’rabba minei  for a ben Noach. This is because a ben Noach’s liability is not for the injurious act itself but for the underlying negligence, so it doesn’t matter if the injury is indirect as in grama and garmi, and there aren’t two punishments arising from a single act to create an issue of kam lei bid’rabba minei. If so, halacha might accept the possibility of suing a ben Noach for monetary compensation in cases of manslaughter, as is done in secular courts. In addition, as above, tefisah of the perpetrator’s assets should certainly be effective.

May we soon see the end of the plague and the downfall of the wicked.