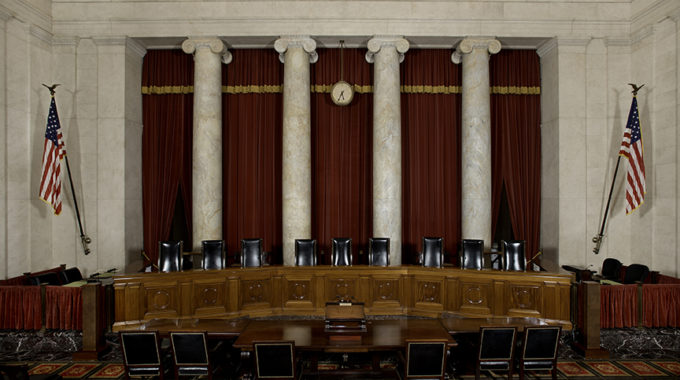 May judges judge their friends?

A coalition of nine progressive groups has released a statement calling on Supreme Court Justice Brett Kavanaugh to recuse himself from an upcoming case involving Facebook due to his close friendship with the company’s vice president of public policy, Joel Kaplan. Kaplan had previously said that he had “known Brett and Ashley Kavanaugh for twenty years,” and that “they are my and my wife Laura’s closest friends in D.C. I was in their wedding; he was in ours. Our kids have grown up together.” In this article, we consider the halacha regarding the eligibility of a judge to preside over a case involving a personal friend.

The mishnah cites a dispute about whether a witness who is a friend (oheiv) of a litigant is eligible to testify in his case; R’ Yehudah rules that an oheiv who is a groomsman (shushbin) of the litigant is ineligible, whereas the Sages disagree and assert that Jews are not suspected of testifying falsely due to friendship.[1] From the Gemara’s discussion, it emerges that even the Sages agree that an oheiv is ineligible to judge his friend, and they only disagree regarding testifying.[2] Personal partiality will not induce a Jew to lie, but it will impair his judgment.

The Ri Migash explains (regarding the Gemara cited below) that there are actually two reasons why one should not judge his friend: he may be swayed in his favor, and if he escapes this pitfall and judges him fairly (and arrives at an adverse decision), he will then be guilty of repaying good with evil.[3]

The previous discussion seems to imply that the oheiv who is ineligible to serve as a judge is the shushbin that R’ Yehudah considers ineligible to testify. Elsewhere, however, the Gemara states categorically, “A person should not judge a case involving one whom he loves…as he will not find any fault in him,”[4] implying that any level of friendship is disqualifying. There are two approaches in the poskim to this apparent contradiction:

Regarding the category of shushbin, many poskim assume that any close friend is in this category,[14] although there is a dissenting view.[15]

R’ Refael Yosef Chazan and his son R’ Rachamim Eliyahu Chazan both assert that a communal enactment that an appointed judge may judge even his relatives does not extend to allowing them to judge their enemies (whom they may not normally judge, similarly to their friends), since “this is not explicit” in the enactment.[16] The clear implication is that an enactment explicitly allowing judges to judge their enemies (or, presumably, their friends) would be valid.

A judge is completely disqualified from judging his shushbin, and according to most poskim this extends to any oheiv gamur. A judge should also not judge even an oheiv she’aino gamur, although some consider this obligatory (lechatchilah), while others consider it only a chumra or midas chasidus.

It appears, however, that a community has the right to allow appointed judges to judge their friends. Furthermore, it is unclear to me how these halachos apply to a case where the judge’s friendship is not with the litigant himself, but merely to a senior officer of a corporate litigant.

[13]Maharam Lublin ibid. s.v. Ha’amnam. He proposes this as the view of the Tur, but he proceeds to note that Tosafos seems to acknowledge only two categories.