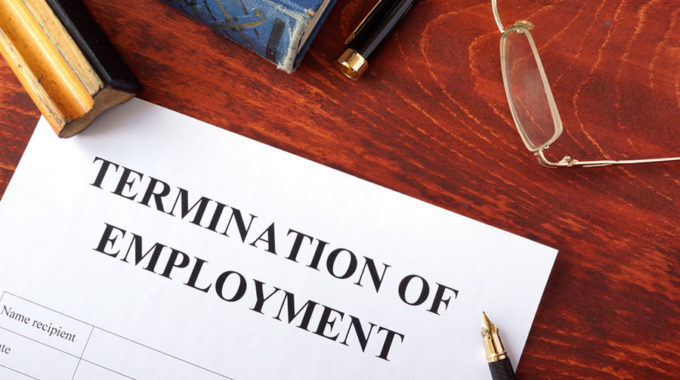 Many business owners are matzliach in building up a successful business and find themselves able to add employees as the company grows.  Often a time, due to some economic reality, a company may come to a point where it can no longer keep all their employees and still maintain a profit. Often, employees are working with an “at-will” agreement as the contract does not specify a term and technically allows the boss to fire them at any time.

Q. Is one allowed to fire employees in order to keep the company running at a profit?

Q. Is there a reason to keep them on “Lifnim MiShuras HaDin”

Q. If the owner is allowed to fire them, will he have to give any severance pay if no such stipulation was agreed upon at the time of employment?

A. Typically, when working “at will” (without a specified term), an employee can be fired at any time. A certain amount of warning may be appropriate or necessary, depending on the specific arrangement and accepted practice in the industry. However, there are a number of Halachic considerations to keep in mind.

It is well known that the highest form of tzedaka is giving a capable person a job by which he or she will feel maximized. This is an even higher level of tzedaka than giving a needy person money since giving employment allows the worker to maintain a healthy level of dignity. Therefore it is definetely comendable, and a mitzva of tzedaka, to keep any employee that fits into this classification. However, a person does not have an obligation to hire or maintain employees that do not make sense from a business standpoint.

Based on this concept, some poskim rule that since hiring a needy person is a form of tzedaka, the act of hiring constitutes a neder to tzedaka. Therefore, once hired for a certain time period, it would be prohibited to fire a poor person even if the time commitment was merely verbal in manner and where it may otherwise be permitted to fire the worker. If necessary, the boss might have to make hataras nedarim.

Hagaon Rav Moshe Feinstein Zt”l writes a tremendous chiddush in regards to firing employees who are not classified as an ani. He writes, that any time a worker is hired without term, it is as if they were hired forever.  Therefore, unless you cannot afford to keep them as employees, they are not qualified for the job, or another new cause exists making it impossible to keep the worker, the employer simply can never fire them. Consequently, even if the boss would like to take his relative into the business, or a more qualified replacement is found (assuming the current employee is also considered qualified, albeit not as qualified), the employee cannot be fired. Therefore, if the boss needs the work done, and this employee can effectively perform this work, he must be kept on the payroll. The Chazon Ish and others argue and allow a boss to fire any employee who is not under contract. Wherever possible, one should be machmir like Rav Moshe Zt”l.

There are certain circumstances where one cannot fire the worker according to all poskim. That is where the employment is classified as a s’rara; a position of authority. There are many different opinions as to exactly which positions fit into this category. The most typical example would be a rosh yeshiva or a rav. Certain types of Chazanim, or Shamashim, might also be included in this classification. Some extend this classification to any position where the worker does not have to answer to the ones who hired them. Rav Moshe Zt”l writes that this would include some types of kashrus mashgichim.

The only situation that there would exist a true obligation to pay severance upon firing an employee would be if it was agreed upon (even verbally) at the time of employment, or if there would be a clear and prevalent custom to do so. Although in Eretz Yisroel such a custom does exist, in the United States it does not. Arguably however, in the field of chinuch some maintain that such a custom does exist and therefore there may be an obligation to offer “choidesh l’shana” i.e. one month’s salary for every year that the employee was employed. This would only apply to the actual mechanchim and not to others working in a chinuch organization.

The Sefer HaChinuch writes that since the concept of severance is written in the Torah in regards to an eved ivri, it is commendable to offer some type of severance to any employee who you will be firing. This is merely Lifnim M’Shuras HaDin.

This is all true where there wasn’t any previous agreement. However, as with most inyanei mamon, if a clear contract was signed, the agreement would govern each specific relationship. The Chafetz Chaim and others strongly implore us to write a clear contract before entering into any monetary relationship. Much unnecessary hardship and strife can be avoided by writing an agreement prior to hiring an employee.