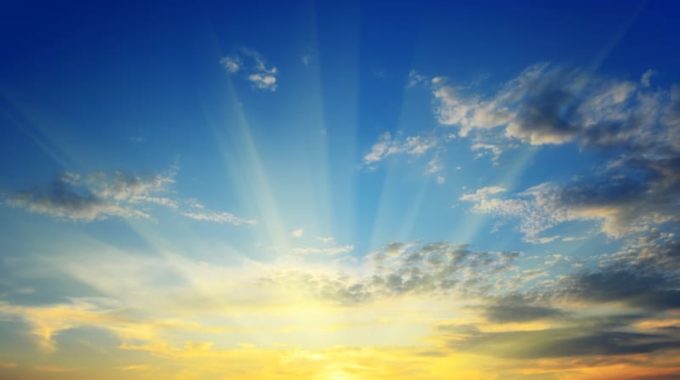 I was up all night. Do I recite birchas ha’Torah in the morning?

This is a common question on Shavuos. The Mishnah Berurah (47:28) writes that there is a difference of opinion among poskim as to whether one who was awake all night recites birchas ha’Torah in the morning. The Biur Ha’Gra (47:12) and Pri Chadash (47:12) write that one does not recite a bracha; however, the Magen Avrohom (47:12) and Elya Rabba (47:9) write that a bracha is recited every day even if one did not sleep. To avoid this uncertainty, one should listen to the bracha of one who slept and answer Amen. If this is not possible, he should have in mind to fulfill the mitzvah of birchas ha’Torah when reciting the bracha of ‘Ahavah Rabba’, and study Torah immediately after Shmoneh Esrei. If one had taken a nap during the previous day, Rabbi Akiva Eiger (OC 47:12) writes that one may recite birchas ha’Torah in the morning even though they were up all night. But what if one had not napped the previous day and will not be davening now, but wants to continue studying Torah? The Aruch Hashulchan (47:23) as well as other poskim write that the common custom is like the Magen Avrohom, that a bracha should be recited, though the Mishnah Berurah maintains that a bracha should not be recited because of the conflicting opinions.

Should birchas ha’Torah be said standing?

The Beis Yosef (O.C. siman 8) quotes a Yerushalmi which states that all brachos should be recited standing. This Yerushalmi is understood by the poskim to be referring to birchos ha’mitzvos and would seemingly include birchas ha’Torah as well. However, The Pnei Yehoshua (Megillah 21a) writes that this rule of the Yerushalmi refers only to mitzvos that are performed standing, such as shofar, tzitzis or hallel. However, regarding mitzvos that can be performed while sitting, such as reading the Megillah, the bracha can be recited sitting as well. The Gemara (Megillah 21a) relates that until the generation of Rabban Gamliel, Torah was studied standing, but after Rabban Gamliel passed away, weakness descended upon the world and from then on Torah was studied sitting. Therefore, Rav Ovadya Yosef, zt”l (Yechaveh Daas 5:4) writes that one may recite birchas ha’Torah sitting. He writes that this is also the opinion of the Rama MiFano (102:7) and others.

Is it forbidden to teach Torah to one who has not said birchas ha’Torah?

In regards to birchos ha’nehenin (brachos recited on food), there is a concept that one is not permitted to give someone food if the recipient will not recite a bracha. Offering food to one who will not recite a bracha is a violation of “lifnei iver lo sitain michshol” (enabling one to stumble) (See Shulchan Aruch OC 169:2). However, Rav Shlomo Zalman Auerbach, zt”l (Minchas Shlomo 1:91) writes that this does not apply to teaching Torah to one who did not recite birchas ha’Torah. Birchas ha’Torah is a birchas ha’mitzvah. Though birchos ha’mitzvos are obligatory, we do not find that Chazal forbade the performance of a mitzvah if a bracha is not recited. He notes that not studying Torah (bitul Torah) is a more serious offense than omitting the bracha. If possible, one should instruct those who have come to learn Torah how to recite the bracha, but if this is not practical, one should teach them Torah in any event.

There is a difference of opinion among Rishonim as to whether the brachos recited for birchas ha’Torah are counted as two brachos or three. The Rambam (Hilchos Tefila 7:11) writes that birchas ha’Torah consists of three brachos. According to the Rambam, “v’haarev na” begins a second, separate bracha. However, Tosfos (Brachos 46a s.v. Kol) writes that “v’haarev na” is a continuation of the first bracha. The practical difference between these two opinions is whether a listener should answer Amen prior to “v’haarev na.” Because this is a matter of dispute, Shulchan Aruch (OC 47:6) recommends being strict. Therefore, if someone is reciting birchas ha’Torah on your behalf, you should not answer Amen after “La’asok b’divrei Torah.” According to Tosfos, this is the middle of the bracha, and answering Amen at this point would constitute a hefsek (interruption). One must wait to answer Amen, until the very end of the bracha, “ha’melamed Torah l’amo Yisroel.” It is interesting to note that regarding the daily requirement to recite one hundred brachos, poskim are lenient to count birchas ha’Torah as three brachos.