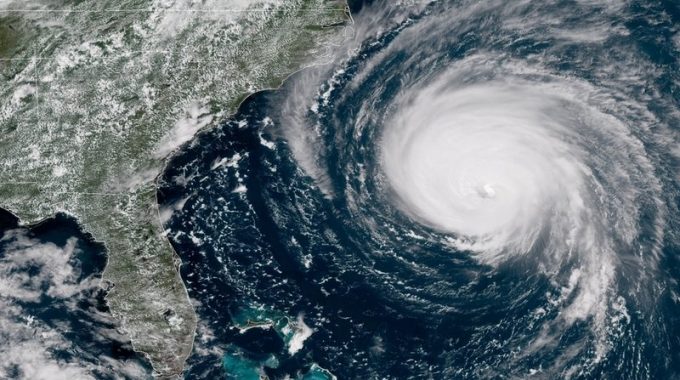 In the wake of the recent Hurricane Florence, and reports of residents who remained at home and did not follow orders to evacuate, we explore in this article the halachic considerations of lifestyle choices and activities that carry an elevated risk of death.

Italians held a state funeral to mourn 37 of the 292 known deaths of the earthquake that occurred on Wednesday, August 24th, 2016. The quake could not have been a total surprise, since the region in which it occurred, the Apennine Mountains, is one of the most seismically active in Italy, and possibly all of Europe. Moreover, it is alleged that poor construction techniques, not compliant with local anti-seismic codes, may have been a factor in some of the deaths. What is the halachic perspective?

Living in the Sharon

We know that in Talmudic times, Jews did live in disaster prone areas, with exacerbated risk due to problematic housing construction. On Yom Kippur, the Kohen Gadol would pray on behalf of “the men of the Sharon [plane]” that “their houses should not become their graves”.[1] The risk was due to the valley location, high rainfall, and / or the unstable nature of regional construction.[2]

“Four Are Required to Give Thanks”

More generally, Chazal characterize four situations as sufficiently dangerous to warrant “the giving of thanks” – a korban todah, or the recitation of birkas ha’gomel in contemporary times – and two of the four seem to include activity commonly engaged in on an elective basis: seafaring and desert voyaging. The poskim articulate various doctrines in explanation of why such activity is not forbidden under the prohibition of self-endangerment (ve’nishmartem me’od le’nafshoseichem):[3]

Volunteering for the Military

The basic legitimacy of elective war noted by the Shem Aryeh is invoked in a remarkable ruling of the Imrei Eish. The well-established custom in nineteenth century Hungary and Poland was that Jews who were drafted to the army would pay substitutes to serve in their stead.[7] Responding to an objection to the practice, the Imrei Eish insists that this is permissible and even a mitzvah, “because otherwise it is impossible to act in a manner that will be good in the eyes of Hashem and men”.[8] His basic argument is that volunteering for military service is obviously not considered suicide, for if it were, elective war would violate the prohibition of self-endangerment and could not possibly be permitted.[9] Interestingly, the Imrei Eish’s own teacher, the Chasam Sofer, utterly condemns volunteering as a military substitute – but due to spiritual rather than material concerns. He does not even mention the elective assumption of danger to life (perhaps because he agrees with the basic position of his student the Imrei Eish),[10] but is instead opposed to the deliberate decision to place oneself in a situation where Shabbos desecration and the consumption of non-kosher food are inevitable.[11] He nevertheless ultimately does allow the hiring of those who are offering themselves as substitutes, despite the sinfulness of their conduct, since if we do not hire them, someone else will.[12]

[1]Yerushalmi Yoma 5:2 [27a] and various midrashim (cited by the sources in the following note as well as here).

[6]Shut. Shem Aryeh Yoreh Deah end of siman 27 p. 39b. Igros Ha’Raayah Vol. 3 siman 852 also asserts that dangerous recreational activity is problematic (and possibly even prohibited) even where the danger is only a “chashash rachok” and “be’derech mi’ut ve’rachok me’od”.

[7]This was a common – and controversial – practice during the American Civil War of the same period, when even such eminent men as the future President Grover Cleveland hired substitutes to serve in their stead.

[8]The meaning of this is not entirely clear. Perhaps it is an allusion to the fact that if we do not allow the wealthy and powerful legitimate means of avoiding military service, they will resort to illegitimate means, such as chapping (“seizing”, i.e., kidnapping), a practice the Imrei Eish condemns later in his discussion as a “severe prohibition”, or perhaps it is a reference to another concern mentioned by the Imrei Eish, that we cannot allow the non-Jews to decide who will serve in the military since they will draft Torah students, in contravention of Torah law.