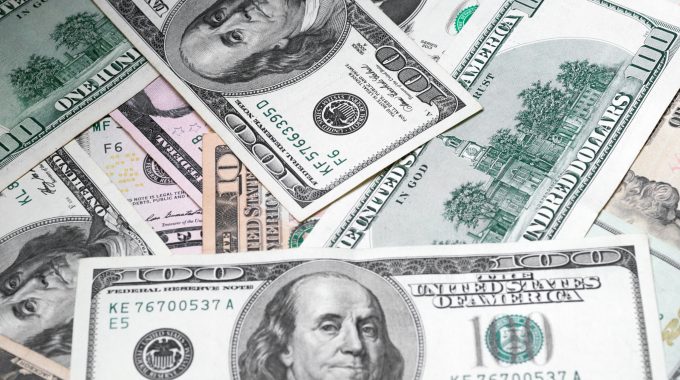 There is no way out of it. For better or for worse, correctly or incorrectly, Jews have always been associated with wealth. In truth, Judaism and wealth go back a long way. The first Jew, Avraham Avinu, was fabulously wealthy. The pasuk states, “And Avram was very heavy with livestock, silver and gold.” (Breishis 13,2) In this week’s Parsha, we hear of Yitzchak Avinu’s wealth. The pasuk states, “And Yitzchak planted in that land and he found in that year a hundred-fold harvest and Hashem blessed him. And the man [Yitzchok] became great and he continually increased [in wealth] until he was very great. And he had flocks of sheep, and herds of cattle, and many enterprises, and the Plishtim envied him.” (Breishis 26, 12-14). We will see in next week’s Parsha that with regard to Yaakov Avinu, the pasuk states, “And the man [Yaakov] became exceedingly prosperous, and he had flocks of fertile sheep, and maid-servants, and man-servants, and camels and donkeys.”
The Avos (Patriarchs) succeeded in bringing the Shechina, the Divine Presence, into the world. They lived lives of unimaginable piety and saintliness. Yet, they had more money than you could ever imagine. What did they need all that money for? Surely, the Avos were no less ascetic than the holy Chanina ben Dosa who was happy to survive on carob from one Shabbos until the next. Do not make a mistake about it. The Avos did not amass their wealth for their own needs, nor for the needs of their family. They weren’t just ‘making a living.’ For that, they and their families would have been happy to plant some carob trees.
The seeming contradiction between ‘living with nothing’ and ‘living with everything’ is made obvious by the following two statements by Chaza”l. On the one hand, Ben Zoma famously says, “Who is rich? The one who is happy with is portion.” (Pirkei Avos 3,1) However, there a lesser known statement made by Rabbi Tarfon (Shabbos 25b) that asks the same question and answers, “Someone who has a hundred vineyards, a hundred fields, and a hundred servants to work them.” Quite correct, but hardly the answer one would expect from a saintly rabbi.
The key to reconciling these two statements comes from the Mahara”l. He points out that Rabbi Tarfon’s description of wealth has a faint echo of Yitzchak Avinu’s ‘one-hundred fold harvest’ described in this week’s Parsha. The Mahara”l (Nesivos Olam, Nesiv haOsher) explains that, indeed, the number 100 is deeply connected to the Jewish definition of wealth. One hundred is the number which represents Hashem’s blessing (In reply to the blessing He gives to us, we are required to make one hundred brachos every day.). One hundred is the number ten times itself; that is to say, the ultimate and complete expression of the concept of ‘ten.’ In Judaism, the number ten always refers to the manifestation of G-d’s Will in this world (Ten Commandments, Ten Plagues, Ten Declarations of Creation, Ten Tests of Avraham, Ten Kabbalistic Sefiros, Ten Martyrs). Thus, one hundred can be understood as ’Hashem’s Will Openly and Completely Revealed’.
According to the Mahara”l, Rabbi Tarfon is not saying that the Jewish concept of wealth is someone who is fabulously rich. Rather, Rabbi Tarfon is saying that a rich man is someone who sees Hashem’s Will in everything that happens to him. He sees ‘hundreds’ wherever he goes (and not necessarily the green paper kind). He may or may not be rich under the dollars and cents criterion, but if he sees the entire world as Hashem’s revealed blessing to him, then he is truly wealthy. Of course, this type of wealth can only be acquired by someone who is happy with the portion that Hashem has given him. Only by seeing the blessing that lies in one’s portion can one be happy with it, and if one is not happy with one’s portion, then seeing the blessing in it is impossible. Ben Zoma’s statement and Rabbi Tarfon’s are really two sides of the same coin (pun intended).
From the words of the Mahara”l, we can begin to understand why the Avos were blessed with such material wealth. ‘One hundred fields’ is not just to be taken figuratively (Yitzchok Avinu had a real one hundred-fold harvest). Rather, it is the inevitable outcome of being a person who is a ‘100-man’ -completely dedicated to the fullest revelation of Hashem’s Will in this physical world. What is that Will? The mishna in Perkei Avos (6,11) states, “Everything that Hashem, the Holy One, Blessed be He, created in His world, He created for His honor…” The Ultimate Will of Hashem is that the entire physical world be used to honor Him. The blessing of wealth that Hashem bestowed on the Avos was simply a fulfillment of that Will. The Avos honored Hashem by being totally dedicated to Him- in every thought, in every word and in every step. Therefore, Hashem gave them the riches of the physical world to be used for His honor.
It is true. As opposed to other religions, Judaism has somewhat of an obsession with money. However, it is because of its divine origin that it does so. Hashem created a world full of wealth and riches, and for a reason. He created it so that ultimately humanity will honor Him by using the physical world for His sake. There is no doubt; Hashem wants His people to be wealthy if it will bring Him honor. The obvious first step in bringing Him honor is to follow His laws, the laws of Choshen Mishpat, when acquiring that wealth. Jews and money, truly a match made in heaven.