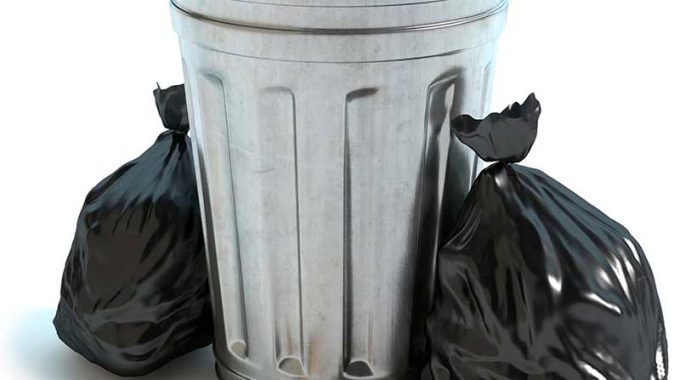 I have heard said that it is not Bal Tashchis to throw things away if it is not worth my time to reuse them. Bal Tashchis of time outweighs Bal Tashchis of wasting items. For example, at the end of a meal, may a caterer throw everything away, or must he salvage those items that can be saved (e.g. mustard, pickles) which could be very time-consuming?

A similar question is discussed in Sefer Hisoreros Teshuva. He writes that it is forbidden to waste food even if it will require time and effort to salvage it. He reasons that since Bal Tashchis is an issur, a prohibition, salvaging the food should not be viewed as a waste of time. By salvaging food from being thrown out, one is serving Hashem and this cannot be considered a waste of time. However, Rav Zylberstein (Tzohar 1: pg. 52) favors the position of the Chayei Adam who rules that avoiding Bal Tashchis of time takes precedent to avoiding Bal Tashchis of objects, because time is more valuable. The Chayei Adam (11:32) writes that if one wishes to upgrade the tzitzis strings on their Tallis, and they find it too time consuming to unravel the old strings, they may cut them off, even though this will make the strings unusable. The Chayei Adam explains that since Bal Tashchis on items other than fruit trees is only a Rabbinic prohibition, it is permitted if the alternative would be an excessive waste of time.

To what extent does Bal Tashchis apply to leftovers at the end of a meal? Can I throw away leftover bread? What about all the uneaten food that my children put on their plates? What about the leftover food in the pans?

As noted in the previous Halacha Yomis, food that will not be eaten and no longer serves any purpose may be discarded. It therefore follows that food that was leftover on someone’s plate may be discarded, since it cannot be served again. Children should be taught not to take more on their plate than they will eat, since this is wasteful.

Bread that can still be reused, may not be discarded if the pieces are larger than a k’zayis. However, pieces of bread that are smaller than a k’zayis (size of an olive – half the volume of an egg) no longer have any importance and may be thrown away (see Shulchan Aruch, OC 180:3).

Rav Yitzchak Zylberstein (Tzohar 1: pg. 68) points out that one may not throw away a whole cracker or biscuit even though it is smaller than a k’zayis. In this case, since the food is completely intact, it does not lose its importance, even though it is less than a k’zayis. In regards to other foods, the criterion is not a k’zayis but rather its degree of importance. For example, a whole piece of chicken, that can be served again, may not be thrown away.

The Chinuch (Mitzvah 529) writes that it is the practice of very righteous people not to waste anything, even a grain of mustard. Presumably, this is because everything created by Hashem has potential value and significance. Though the formal prohibition of bal tashchis does not apply to such small items, this level of sensitivity is something we should strive to achieve.

At the end of a Shabbos, I have lots of extra challah. My family will only eat fresh challah. Can I throw away the unwanted bread?

The prohibition of Bal Tashchis does not only apply to cutting down fruit trees. It applies, as well, to any wasteful behavior. Many hold that wasting food is included in the Torah prohibition of Bal Tashchis, however the implication of Rambam (Melachim 6:10) is that it is only a Rabbinic prohibition. Either way, all agree that it is forbidden. However, the Rambam writes that the prohibition only applies if one acts in a destructive manner. So long as the bread serves a purpose it may not be wasted. However, if the bread is no longer usable, even if only because the family are picky eaters, Rav Schachter, shlita ruled that the prohibition of Bal Tashchis would no longer apply. However, it is still not appropriate to actively ruin food by placing it in the garbage. This would fall into the category of bizui ochlim (denigrating food). It is preferable to place the bread in a plastic bag and then put it in the garbage.

Foreseen Circumstances: If The Contract Contemplated The Closure

What happens to tuition if the agreement provided for pandemics? Adapted from the writings of…

Bais HaVaad on the Parsha