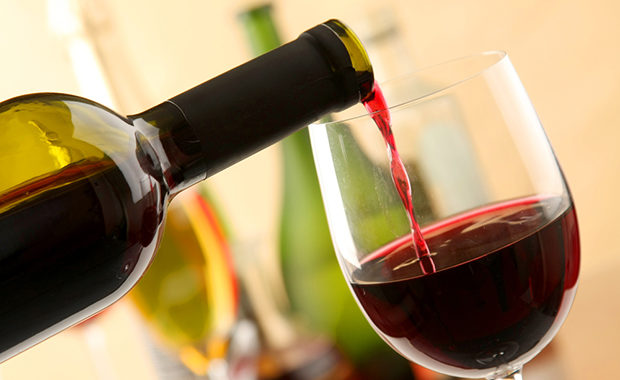 What is the proper way to hold the kos shel bracha (cup of wine used e.g., for Kiddush, Havdalah or Bentching)? I have seen some people hold the cup from the bottom while I have seen others hold it from the middle. Which is correct?

The Mishnah Berurah (183:14-16) writes that one should hold the cup in one’s right hand, and lift the cup at least a tefach (approximately 3-4 inches) off the table. One should not support the cup with one’s left hand. Mishnah Berurah quotes the Shelah who writes that according to Kabbalah the proper way to hold the cup is on the palm of the right hand with the fingers extending upwards around the cup. The source for this is the Zohar. However, the Magen Avrohom (183:6) writes that the wording of the Zohar is inconclusive. It can also be interpreted to refer to wrapping one’s fingers around the middle of the kos. The Bach (183:6) maintains that one may hold the kos in the middle. Indeed there were great tzadikimwho specifically held the kos in this manner (see Va’yaas Avrohom p. 445). We see that both customs have a valid basis in halacha and everyone should follow his mesorah from his parents and ancestors.

In a previous Halacha Yomis you wrote that the mezamen (leader of the zimun) should recite the first bracha out loud. I am almost certain that Sephardim do not have this custom. Can you please clarify this point?

You are correct that there is a difference between Ashkenazim and Sephardim. The custom of Sephardim is in accordance with the Mechaber (OC 183:7) who writes that everyone should bentch quietly word by word together with the leader, including even the end of each bracha. The Rama adds that everyone should hurry to finish the bracha before the mezamen so that they can answer Amen, which is the basis for the Ashkenazi practice.

Yalkut Yosef (Dinei Zimun 4-5) explains that according to the Mechaber, it is inappropriate for the leader to say the end of the bracha out loud and cause the others to answer Amen, since this would constitute a hefsek (interruption) in the middle of one’s bentching. According to the Mechaber, bentching is similar to Shmoneh Esrei and one is not permitted to interrupt in the middle of bentching even to answer Amen. However, if a Sephardi is leading a zimun for Ashkenazim, then Yalkut Yosef writes that he should end the bracha out loud, so that the Ashkenazim can answer Amen in accordance with the ruling of the Rama.

Could you please clarify when a kos (cup of wine) should be used for zimun?

Shulchan Aruch (OC 182:1) quotes three different opinions as to when a kos is required for bentching:

One opinion holds that anytime one bentches one must recite the bentching with a kos. This entails holding a full cup of wine during bentching, reciting borei pri ha’gafen at the end of bentching and drinking the cup of wine. According to this view if two people ate together, since there is no zimun, each person must have their own cup of wine.

The second opinion is that there is only a requirement of a kos when there is a zimun, i.e., three or more men bentching together. Only the leader needs to hold the cup of wine.

The third opinion is that there is no obligation to have a kos even if one is bentching with a zimun.

The Mishnah Berurah (182:4) writes that although the common custom is in accordance with the third opinion, that even if one bentches with a zimun they are not obligated to have a kos, if one wishes to fulfill the mitzvah in the optimal manner, they should arrange to bentch with a kos. However, if one is bentching without a zimun then the minhag is not to use a kos.