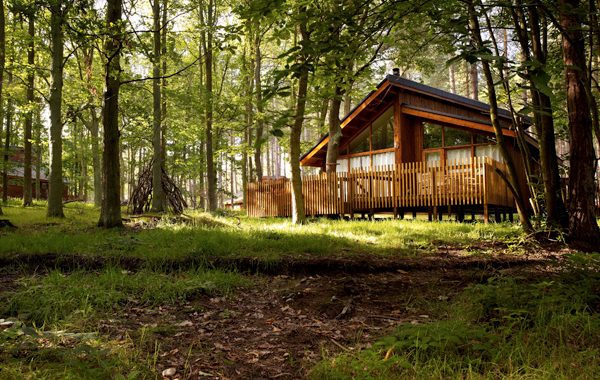 Lodging Complaints: The Case of the Blighted Bungalow

What blame does a bungalow’s borrower bear?

When Rosh Hashana falls early in September as it does this year, many bungalow denizens leave the mountains well before summer’s end. The vacated cabins are often loaned or rented to others. Sometimes a tenant makes his mark on the place, which can give rise to Choshen Mishpat sheilos.

One such case from several years ago concerned a borrowed bungalow whose occupant built a fire in the yard for a barbecue. Gale-force winds came from nowhere and blew embers from the fire at the wooden cabin, burning it to the ground.

Is the borrower liable?

In Hilchos Shomrim, a sho’el has more liability than any other custodian because he has the twin prerequisites of a) use of the item and b) not having to pay. A borrower is the only custodian responsible for onsin, accidents that involve no negligence on his part. But Hilchos Shomrim apply only to personal property, mitalt’lin, which can be given physically to a shomer and must then be given back. Real property, karka, such as a bungalow, is not subject to this corpus of Halacha at all. A shomer on karka is exempt.

The Rambam, however, maintains that a shomer on real estate is in fact liable if he was posheia, because he is akin to a mazik, so if the cook was negligent he would be responsible. Though the Halacha doesn’t accord with the Rambam’s view, it would be applicable in one case: If the landowner happened to owe money to his negligent watchman, he could withhold funds to compensate himself by saying that he is sure the Rambam is correct.

This is based on the principle of kim li: If a litigant is muchzak—in possession of the item or funds under dispute—and his position is supported even by only a single Rishon or Acharon, he may say that he is sure that the lone authority who favors his position is correct, and then Bais Din cannot exact payment from him. Such is the power of possession.

We must also consider whether our chef is a straightforward mazik. Quite apart from his relationship with the owner, he is also a man who lit a fire that burned a house down. Even as a stranger, isn’t he liable for the hezek he caused?

The answer is no, because lighting a barbecue on a nice day at a safe distance from the house is not an act of hezek; the strong winds were unexpected. If he had lit the fire so close to the building that even a normal gust could have caused the blaze, he would indeed be liable as a mazik.

Until this point, we have taken it for granted that a home, being mechubar l’karka, has karka status. But does it?

The Gemara (Bava Basra 66)  discusses whether talush ul’vasof chibro, something that began as mitalt’lin but was later attached to the ground, retains its mitalt’lin status. What of a building?

The Magen Avraham (Orach Chaim 637:7) says that a building, for purposes of Choshen Mishpat, is mitalt’lin. Why then, he asks, does the Gemara say that a house can be acquired with kinyan chazaka, a display of ownership, when this mode of acquisition is reserved for karka? He answers that it is only the land beneath the house that is acquired that way. The house itself is obtained via kinyan agav: When land is acquired, mitalt’lin can be transferred in conjunction with the karka, so that the kinyan of the land effectuates the transfer of the personal property as well. Thus although a house is mitalt’lin, it can be transferred along with the karka on which it stands.

The Ketzos Hachoshen agrees with the Magen Avraham. The Shach (Choshen Mishpat 227 et al.) does not. Some suggest that the Ketzos only holds that a house is mitalt’lin if it is prefabricated and then fastened to the ground, like today’s mobile homes, but in conventional construction, where homes are built piece by piece in situ, the Ketzos would concur that such a  house is karka.

May Hashem save us from every tzara umachala.