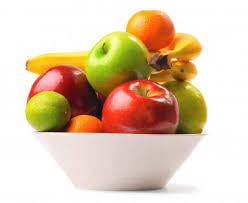 The Talmud in tractate Menachos (43b) tells us that a person is obligated to recite 100 brachos every day. It bases this obligation on Deuteronomy 10:12: “v’ata, Yisroel, mah Hashem Elokecha shoel mei’imach?” (“Now, Israel, what does Hashem Your God ask of you?”) The Gemara doesn’t really explain how we derive that law from that verse but Rashi fills in the gap. He clarifies that the word written “mah” (what) is pronounced as if it were written “meah” (100). With this understanding, the verse can be interpreted to mean “Now, Israel, Hashem Your God asks 100 of you.” From this we see the obligation to recite 100 brachos daily.

The Tur (Orach Chaim 46) codifies reciting 100 brachos a day as halacha but he clarifies the origin of the practice even further. The verse in Deuteronomy, quoted by Rabbi Meir in the Gemara, is not actually the source of the obligation. Rather, it is an asmachta – a Biblical verse cited in support of a rabbinic enactment. The Tur relates a story from the Midrash (Bemidbar Rabbah 18; Tanchuma, Korach 12) that occurred during the reign of King David.

At one point during David’s reign, there was a plague that was killing one hundred people a day. The Sages investigated for the underlying spiritual cause they determined that the problem was that the people were lacking in gratitude to God. They therefore instituted that everyone should recite 100 sincere and heartfelt brachos each day, which stopped the plague. (The Tur differs from the Midrash as to whether it was King David himself of the Sages of his day that instituted the practice, though that is a fairly insignificant detail in the grand scheme of things.)

﻿Digging for Din: May We Learn Halacha from Archeology?