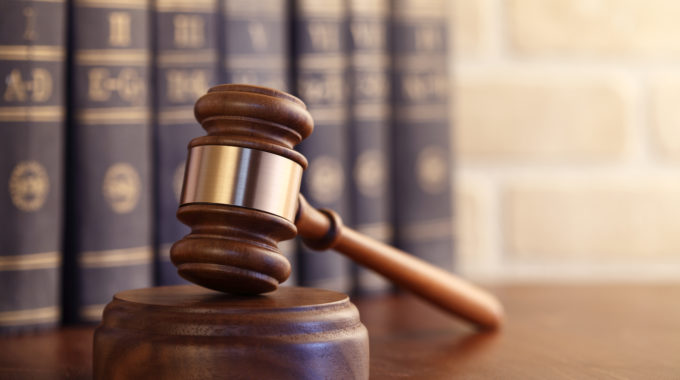 It is not uncommon for people to question the beis din’s procedures, action, and motives, especially when they are first exposed to a beis din as a party to a case. The first step toward understanding how and why a beis din acts is to attempt to see things from the perspective of a neutral party. As simple as this may sound in principle, it is quite difficult to put into practice.

A beis din is duty-bound to resolve the matter without unnecessary delay. But for proper resolution, both sides must appear in court to present their case in the presence of each other. For this purpose, the beis din will summon the opposing party to appear so they may address the claim.

When one turns to a beis din to resolve a claim, it will summon the defendant to appear before the court to address the plaintiff’s claims.

Essentially, a hazmana is but a relaying of the dayan’s order to appear and respond to a claim. In Parashas Korach, Moshe sends a messenger to summon Dasan & Aviram to appear before him. From here the Gemara derives the proper procedure of summons to beis din. To avoid the appearance of partiality toward the plaintiff, a shaliach, rather than the dayan himself, will approach the defendant in person and summon him in the name of the dayan or beis din.

In our day, instead of a messenger, the custom of batei din is to issue a hazmana writ and to rely on the postal authority for delivery. Some batei din still will attempt to ascertain that the written hazmana arrived at the correct address.

Prior to issuing the hazmana, the beis din needs to hear some facts about the case for a number of reasons.

Firstly, the hazmana must include the name of the tove’a, and the basic subject of the case. A defendant must be informed who is making the claim against him so that he may seek resolution or prepare a defense.

Sometimes, the beis din will require that the hazmanah must specify the amount or the item being claimed, so the defendant can choose to pay up to avoid the indignity of going to beis din.

The beis din must also make sure that the plaintiff has the authority to make the claim.

The beis din may also want to be sure that the case is appropriate for this beis din. Imagine if, at some point in the din torah, a litigant were to discover that one of the dayanim also provides kashrus certification to a business owned by his opponent. A beis din must be careful to avoid even the appearance of partiality. In such a case, they may be referred to a different beis din.

The hazmana process has a built-in schedule to ensure that it is followed up with. Each hazmana features a date and time, usually about ten days from when it is being sent. If no response is received by the end of the time of the appointment on the hazmanah, a second hazmanah can be sent out.

Although the recipients are obligated to comply with the first hazmana, the prevailing custom is that the beis din sends a second and third hazmana before declaring him in contempt. But it should be noted that one is still not permitted to simply thumb his nose at beis din by flouting a first hazmana.

If they do respond, they can ask for the case to be heard in another beis din. If, after some time, the defendant has still not scheduled a din torah with the other beis din, the plaintiff can ask their chosen beis din to resume the hazmana process, or you can return to the first beis din.

The defendant may request a change of date if he needs it. According to halacha one must give a valid reason for postponement but as long as one is acting in good faith, beis din will try to accommodate.

With the third hazmana, the beis din will usually issue a warning that it is the final hazmanah and that failure to respond may result in a seruv. The seruv is a grave declaration, conveying to the entire community that the recalcitrant party is a mesarev l’din, and should be treated with all attendant consequences. It is a punitive instrument of enforcement that most batei din use very judiciously, so as to preserve its weighty significance for only the most compelling instances. If a litigant feels a seruv is in order, he may request it.

Alternatively, since the defendant is a mesarev l’din, the beis din may issue a heter arkaos, which is a license to bring the matter before a secular court.

The entire hazmana process can take anywhere from a few weeks to several months, depending on how compliant the defendant is.

If that sounds like a long time, keep in mind that if one were litigating in secular court he would still be months or even years – and hefty legal fees – away from a trial. He would have to hire an attorney to serve and file a complaint, to which the opponents would be given three weeks to respond. If the plaintiff survived their Motion to Dismiss, he would wait again for preliminary conferences to fight over the discovery process. Then, months of discovery can easily stretch into years of depositions, interrogatories, subpoenas, delaying tactics and all sorts of shtick. Then, if the case makes it past Summary of Judgment intact, it would go on pretrial order. The protracted trial still hasn’t begun, and the litigants have already expended a significant portion of their life and fortune on the legal process.

As justice systems go, you’re in the fast track with beis din.