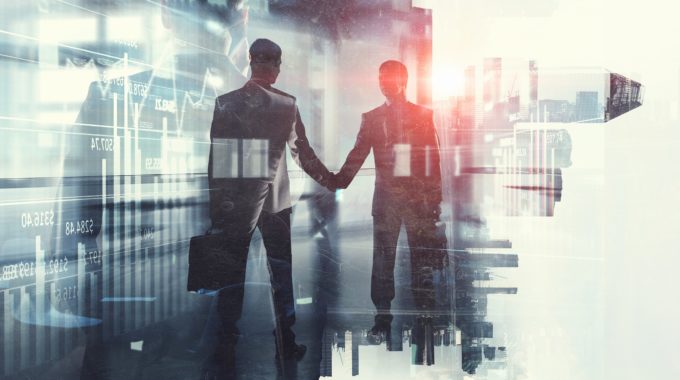 Did a broken kinyan work in the first place?

Breaking a kinyan kesef, an agreement where kesef was paid or a down payment was made on an item or on m’taltalim that are being sold, carries with it the klala of mi shepara. Once a person reneges on a completed kinyan, there is a discussion among the poskim if it was considered a viable kinyan in the first place. In addition to the tayna against the person, there is a disagreement of who the money belongs to.

The Tur in Choshen Mishpot, siman 198, quotes two opinions.  The Ramban and the Tur hold that if a potential buyer and a seller have completed a kinyan, and the buyer goes back on the agreement, the money belongs to the seller. The Rif and the Rambam disagree.

For example, Reuven and his wife went out shopping for a piece of jewelry for their anniversary. At the jewelry store, they picked out the perfect watch. The owner said, “This watch in the display case is faulty. I have another one downstairs in the storage room that is perfect. I can’t get it right now, because I have no one else to watch the store.” The owner asked for a down payment, and told Reuven to come back tomorrow to pick up the watch and pay for it in full. Reuven gave the jeweler a 25% down payment for the watch and the couple went home.

In the meantime, Reuven found out about a sale at a different jewelry store. At the second store, Reuven and his wife find the identical watch which they picked out earlier, on sale for a cheaper price. They call up the first jewelry store owner and say that they apologize, but they have changed their mind about the watch.

The kinyan was already complete, because they gave money for the down payment. But according to Halacha, they do have the right to be chozer. They can tell the first jewelry store owner, “We are very sorry but we found the watch for a cheaper price and we are being mevatel the mechira.” Reuven hasn’t actually done meshicha, because the watch he was going to buy was still in the storage room. He decided to go back the next day to pick up the down payment.

Who Owns the Down Payment?

Later that night, the first jewelry store had a robbery, and all the money in the register was stolen. Reuven’s 25% down payment for the watch was also stolen.

The next day, when Reuven and his wife came to pick up their down payment, the mocher said, “The watch is not yours because you were mevatel the mechira. The money I was holding for you is gone, because it was stolen with the rest of my money.”

Reuven argued that the fact they didn’t want the watch meant they would be mevatel the mechira once they got the money back. But until that point, the money was given to the mocher. If Reuven had not been mevatel the sale, the money would have belonged to the mocher. The jewelry store owner lost his money and the 25% payment, but Reuven and his wife can still get the watch by only paying the remaining 75%.

The Machene Ephraim says that this means the mocher has the right to use the money, even after the customer had called up to be mevatel the sale.

However, the Rif and the Rambam do not hold this way. The Rif and the Rambam pasken that the money belongs to the lokeach.  So when Reuven and his wife called up the owner of the first jewelry store to be mevatel the sale of the watch, the money now reverts back to the original owner.  The money sitting in the cash register belongs to Reuven and his wife. He can choose to pick it up right away, or wait until the next day.

The mocher has no more responsibility for the money in the register that as a shomer chinam.  The money was stolen from Reuven’s possession, not from the owner of the store’s possession.  Therefore, the loss would be incurred by the customer, and the mocher would be potur from giving back anything to the lokeach.  This is the way we pasken in C.M. Shulchan Aruch, 199, and this is the halacha l’maasa.