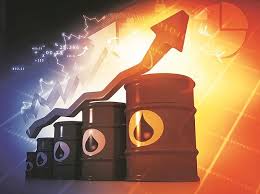 One of the many practical ramifications of sanctions in the middle east relates to the price of crude oil. This drop or increase is attributed to many factors: increased U.S. production of oil, lower demand from a slower China and Europe, manipulation of the oil market by traders, and rhetoric from Saudi Arabia that it is not going to cut output. Indeed, the law of supply and demand has played a great role in economics from ancient to modern times. In this article we will discuss a question that has spanned centuries and continents but in essence remains the same. Is it permitted to increase supply or lower prices at the expense of other merchants? Does the welfare of the community play a role?

We begin with a Mishnah in Tractate Bava Metziah (60a). Rebbe Yehudah taught, it is forbidden for a merchant to give out walnuts to children to attract them to his store or slash his prices because this is unfair competition. The Rabbis, whose opinion is the final halacha, disagreed. They maintained that distributing sweets is permitted and the merchant who slashes his prices should be blessed. The Talmud explains, just as this merchant attracts customers by giving out walnuts, other merchants could give out almonds or use similar tactics. Furthermore, the price reducer is blessed because he will lower the market prices. Apparently, the Rabbis viewed lowering market prices favorably even at the expense of the vendors.

For hundreds of years Jewish people made a living by buying a liquor license from the municipality and selling whiskey primarily to non-Jews. In the early 1700s a dispute between two merchants over liquor selling rights came before Rabbi Meir Eisenstadt (1670-1744), the author of Shu”t Panim Mei’ros (1,78). One merchant slashed his prices and was diverting all the business to himself. The other merchant claimed that this was unfair competition. While it would seem that this case is exactly what the above Mishnah praised, Rabbi Eisenstadt made two distinctions. He asserted, based on Rashi’s explanation, that the high prices in the Mishnah were due to merchants hoarded produce to keep supply low and demand high. By a merchant lowering his prices it would force the other merchants to release their stock pile into the market so they could earn a profit. This is praised because the merchant is reversing the artificial lack of supply created by the merchants. However, being that whiskey in the 1700’s was scarce and highly regulated, lowering prices was creating an unsustainable situation and would simply be driving the other merchants out of business. This, reasoned Rabbi Eisenstadt, the sages never permitted.

Furthermore, the sages praised the merchant who lowered his prices because of the communal good. This would make sense for staple items like grain and produce where the Jewish community can benefit. However, liquor is a different story. It is far from a staple item and primarily purchased by gentiles. For these reasons Rabbi Meir Eisenstadt ruled that the price cutting was unfair.

A hundred years later, Rabbi Chaim Palaggi (1788-1868) of Izmir, Turkey, deals with the same question, just this time with craftsmen. In his responsa Smicha LeChaim (CM 16) he discusses whether a dyer may cut his prices and draw business away from other dyers. Rabbi Palaggi took a more permissive position than the Panim Mei’ros. Firstly, he maintained that the Mishnah’s praise for lowering the market price is not limited to staple items but to anything that the community will benefit from, like cheaper dyeing fees. Secondly, he pointed out that if the Jewish community will not benefit it does not necessarily mean it is prohibited. The Mishnah allows distributing sweets not because it is a communal benefit but because the other merchants could do the same. Therefore, the dyer should be permitted to charge lower fees to woo customers because it is something the others could do as well. For these reasons Rabbi Chaim Palaggi ruled that the dyer may charge lower prices.

Along the same lines, Rabbi Chaim Halbestam of Sanz maintained that if lowering prices benefits the public it is permitted even if it will drive the competition out of business (Divrei Chaim 2 CM 54,58,). He based his position on a ruling of the Ba”ch (Shu”t 60) that the communal good outweighs the individual. Parenthetically, the Levishai Mordechai (1, CM 12) used the logic of Rabbi Halberstam and the Ba”ch to defend a community which built a public mikvah when there was already a private one in existence (although he then worked out a compromise). However, the Maharam Shick (CM 20) strongly questioned how it could be permitted to directly ruin a person’s source of livelihood. He argued that the public good could justify encroaching on a person’s source of livelihood but not to devastate it.

In summation, halacha looks favorably at increasing supply or lowering fees in order to drive down market prices if it benefits the community. This is true with staple items like food and fuel and may even be true with other items as well. It is permitted to use tactics to attract customers like giveaways and sales as long as the competitor could do the same. However, if these practices will directly cause a fellow-Jew to lose his livelihood there could be a serious halachic issue involved.

I Beg Your Pardon? Mechila for Shoplifting

By Rabbi Yitzchok Basser Repentance is a central theme of the Yamim Noraim, and an…