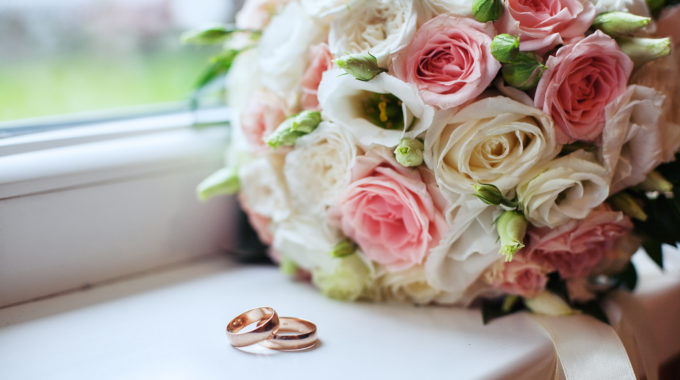 Rabban Shimon ben Gamliel said: There were no days as joyous for the Jewish people as the fifteenth of Av and Yom Kippur, on which the daughters of Jerusalem would go out…and dance in the vineyards. And what would they say? “Young man, please lift up your eyes and see what you choose for yourself for a wife. Do not set your eyes toward beauty, but set your eyes toward family, as it states:[1] ‘Grace is deceitful and beauty is vain, but a woman who fears G-d, she shall be praised.’”[2]

Evidently in Talmudic times, the day of Tu B’Av (along with Yom Kippur!) was devoted to courtship, and marked by women dancing before a male audience. (The poskim explain that the men were certainly not lasciviously ogling the women, but were viewing them with pure intentions, in order to marry those that they found suitable, in accordance with Chazal’s imperative for a man to view a woman before marrying her.[4]

It is noteworthy that while in the Mishnah’s account, the women (apparently unanimously) dismiss the value of feminine beauty out of hand, according to the beraisa, the beautiful women do encourage the men to take their charms into account.[5] Elsewhere, the Gemara declares the proposition that “a wife is only for her beauty” to be the subject of dispute, with the Mishnah there rejecting it.[6] In this article we consider various perspectives in our Mesorah on this question.

The Torah relates: “…Rachel was beautiful of form and beautiful of appearance. Yaakov loved Rachel…”[7] The Radak assumes the obvious interpretation of this, that “Yaakov Avinu chose Rachel because she was very beautiful,” and wonders why a tzaddik like Yaakov (whose goal in marriage, after all, was procreation) would care about his wife’s physical appearance. He offers several explanations, including the idea that beautiful forms gladden the heart. Hashem desires that man be happy in this world, and He therefore provides tzaddikim beautiful wives to facilitate their happiness.[8]

The Shevus Yaakov also argues that the Torah text makes it clear that Yaakov married Rachel due to her beauty, and proves from this that Chazal’s criticism of marrying for money[9] or beauty[10] only applies when that is the sole motivation, but not where there is also a nobler intention alongside it.[11]

A somewhat similar view is expressed by the Gra (in his interpretation of the position of the Orchos Chaim): marrying for money is acceptable, but only if one would have married the woman in question anyway.[12] In a similar vein, he explains that “grace is deceitful and beauty is vain” only in the absence of fear of Heaven, but “a woman who fears G-d, she shall be praised” for her beauty as well, as indeed our Matriarchs were by the Torah.[13]

The Aruch Hashulchan, however, rules that it is permissible to marry a woman for money (or, presumably, beauty) even if absent that consideration one would choose someone else, and on the contrary, this is indeed what a talmid chacham should do, in order to avoid the necessity of being heavily involved in worldly matters.[14]

R’ Yisrael Yehoshua of Kutna discusses a man whose fiancée’s face became disfigured by the “pox” (presumably smallpox) during their engagement. The man wished to break the engagement because he now found her “revolting.” R’ Yisrael Yehoshua rules that although as a matter of din he may do so, it is morally wrong for him to break his troth and and humiliate an innocent woman. Although her beauty has been ravaged, “beauty is vain and grace is deceitful,” and it is appropriate for him to marry her “for the sake of Heaven.”[15] (It does not necessarily follow, though, that he would encourage a man not yet engaged to ignore a prospective spouse’s physical disfigurement.)

R’ Yitzchak Isaac Liebes adduces the (disputed, as previously noted) assertion that “a wife (or ‘woman’) is only for her beauty” in support of his position that physical beauty is so important to a woman that plastic surgery to correct a cosmetic flaw is just as legitimate as medical treatment for actual ailments, since the psychological distress suffered by a woman who considers herself unattractive is just as serious as the physical distress caused by actual ailments.[16] R’ Eliezer Yehuda Waldenberg, however, rejects similar arguments from “various midrashim that praise feminine beauty” as “ridiculous” and not worthy of response.[17]

But while Rav Waldenberg is fundamentally opposed to cosmetic surgery, arguing that Hashem is the peerless artist Who creates everyone exactly as He sees fit, and we are not authorized to alter His handiwork, this stance is an outlier. Many poskim do allow cosmetic surgery, and even those who do not are generally primarily concerned about what they consider to be the unacceptable level of risk involved, but I am unaware of any other posek who shares Rav Waldenberg’s intrinsically hostile view toward cosmetic surgery.[18]

[4] Yam Shel Shlomo Gittin perek 1 siman 18; Shu”t Binyamin Ze’ev siman 305 s.v. Alufim Mesubalim. Maharshal also asserts that the men viewed the women “from a distance,” although based on the context—a condemnation of the practice of mixed dancing—it is unclear whether he means anything more than that they were not dancing together.

[5]This apparent contradiction is discussed by R’ Moshe Tzuriel in the appendix to his article Segulah L’leidas Banim She’ainam Hagunim.

[10]The Gemara cited in the previous footnote makes no mention of marrying for beauty. I do not know whether the Shevus Yaakov is simply assuming that marrying for money and marrying for beauty are equivalent or he is referring to a different statement of Chazal (which I have not been able to identify).

[17]Shu”t Tzitz Eliezer cheilek 11 end of siman 41 os 9. Rav Waldenberg dismisses such arguments as having “no place whatsoever in halacha,” as they are even less legitimate than proofs from aggadah which are out of bounds in halachic discourse. This is a somewhat puzzling claim, since the discussion of “a woman is only for her beauty” in Kesubos occurs in an entirely halachic context!